Pro #1: Hiring with an algorithm allows you to decrease time-to-hire.

Last year, SAP started using an algorithm (based on scores from automated online assessments) to recruit salespeople, which saved their recruiters hundreds of hours in manual resume pre-screening. This time savings translates into big cost savings too: SAP saved more than $370,000 in annual costs by hiring salespeople using an algorithm.

Before you think eliminating manual pre-screening of resumes is a bad thing, consider that the SVP of People Operations at Google – a company that receives more than 50,000 resumes a week – admits that a person’s resume doesn’t predict his or her future job performance.

Time wasted pre-screening of unqualified candidates is one of the biggest headaches of recruitment with virtually nothing to show for your effort. Replacing this inefficiency with an algorithm should be welcomed with open arms.

Pro #2: Hiring with an algorithm allows you to hire better employees.

But a human being has to be better at assessing and hiring a fellow human being over a cold and impersonal algorithm? Nope. In fact, it’s the opposite: research has found over and over again that when human experts add their judgment to an algorithm, the outcome generally becomes worse than just using the algorithm alone.

An analysis of more than 300,000 hires found that employees who were hired using an algorithm based on a test that assessed personality, intelligence, and job fit stayed on the job approximately 8% longer than – and performed on the job as well as – employees hired by human recruiters.

There will always be a handful of recruitment geniuses that can rely on their instincts and judgment when hiring but for the rest of us, our recruitment success rate probably sits at 50%. Using an algorithm to increase our odds of successful hiring and looking like a recruitment superstar? Amazing.

Pro #3: Hiring with an algorithm allows you to increase the diversity of your candidate pool.

A study of more than 150 companies found that companies that hired using an algorithm based on a personality assessment had more racially diverse workforces. Why? Hiring with an algorithm allows you to bypass the biases ingrained in all of us when it comes to assessing other people. Not only that, but increasing the diversity of your pool increases your quality-of-hire: research on more than 500 organizations has found that diversity increases sales revenue by up to 9%.

Con #1: Hiring with an algorithm still gets pushback from recruiters and hiring managers.

While hiring with an algorithm is gaining ground, there’s still a lot of skepticism about its use among recruiters and hiring managers. This skepticism has been labeled “algorithm aversion.” Algorithm aversion is why recruiters will often ignore an algorithm’s hiring recommendations and prefer to trust their gut instead. Ignoring our gut when it disagrees with the data feels wrong. But unfortunately, our gut is often the one that’s wrong because of our bias for hiring people similar to ourselves or because we’re overconfident in our ability to predict who will be a successful employee.

How can we to overcome our algorithm aversion? Hiring algorithms are often a black box. When hiring with an algorithm is explained as a recruiter’s human expertise captured in technology, it makes it much easier to understand and trust. Using an algorithm should be viewed as a technology tool to make our lives easier and more effective at our jobs.

Con #2: Hiring with an algorithm is not as popular with candidates if they can’t see its value.

Using an algorithm to hire requires collecting a lot of data from candidates and it can be hard for candidates to see the value of doing this initially. For example, one person testing out a hiring algorithm spent 35 minutes completing an assessment and was matched to the same jobs as the ones before she completed it.

If you’re able to communicate that you’re asking candidates to take the time to give you their data in order to make them better job matches – and that they only need to give you their information once and it can be used to match them to multiple jobs – you’ll win them over with how easy, fast, and accurate their job search becomes down the line. A little pain at first, for a lot of pay off later.

This process requires careful human intervention. The truth is, job candidates like – and sometimes need – to have a human touch. Candidate engagement and creating an amazing candidate experience is where a recruiter’s true value comes in.

Hiring has traditionally been considered an art best conducted using human experience and judgment. When companies have tried to add science to the mix in the past, the results have often been underwhelming (e.g., Google and their brainteasers). Hiring with an algorithm is an intriguing new science that increases the diversity and quality of your candidate pool while decreasing hiring costs. But only if you can successfully manage to get buy-in from both recruiters and candidates.

Are you looking for salespeople that are the right fit for your sales role, team, and company culture? Use Ideal to automate candidate sourcing and duplicate your top sales performers. Sign up for a risk-free trial now. 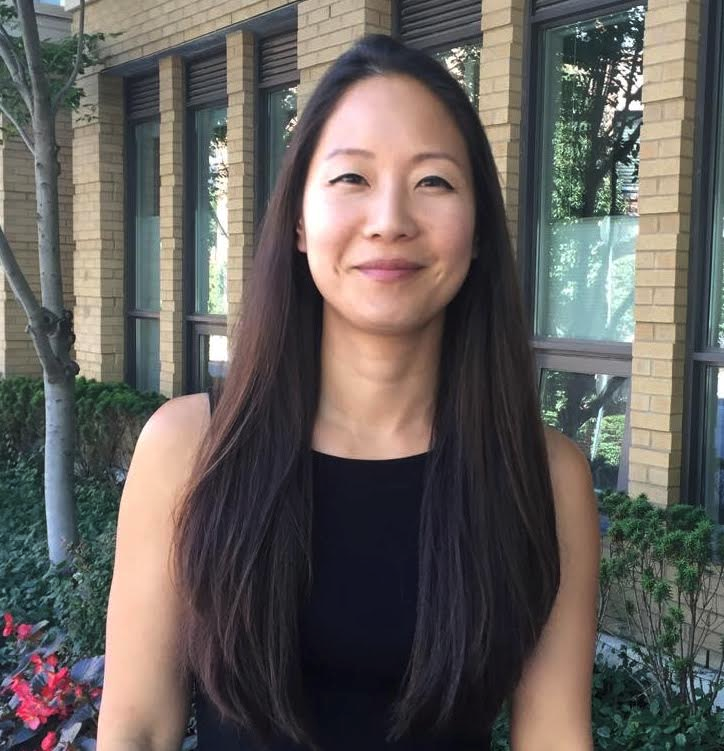 Ji-A Min is the Head Data Scientist at Ideal, an online job marketplace for sales professionals that helps companies automate candidate sourcing and duplicate their top sales performers. Using her master’s in Industrial-Organizational Psychology, she conducts research on how to best source, assess, and hire salespeople.