In a fast-paced corporate environment, the old guards must change gradually. Old guards need to transition the baton the new ones. An ideal succession plan enables a smooth transition that is devoid of any operational hazards. When planned well in advance, the business can proceed to greater heights that will ensure that future needs are well taken care of.

One must understand that planning for a succession is not a simple task. It is a task that evolves through careful observation and meticulous reviews. Unfortunately, a lot of corporates put succession plans on the backburner treating it like a secondary prerogative. Also, if they do choose to act on it, the reviews in which the decisions are made, give Personal Development Plan (PDP) very little attention.

Personal Development Plan forms the crux of choosing a successor as the individual in question needs to be groomed and also enhance his/her natural talent so that the transitioning of profiles is smooth. Companies must clearly understand and segregate career development discussions from performance reviews, thereby clearly indicating that they take PDP as an extremely sensitive issue.

While doing PDP, formulate a set of guidelines that will be the benchmark set for the employees to who are supposed to achieve all the parameters listed by the employers in order to move up the ladder. One of the innovative guidelines set up could be BASKET.

Now you must be wondering what is BASKET? It simply amounts to Behaviour, Attitude, Skills, Knowledge, Experience, and Talent. This powerful acronym proves as an ideal reminder to the employees as to what is expected out of them during work. It also serves as a constant reminder to implement these parameters in order to get that coveted promotion.

So, in an event of chaos where a top leader calls it quit, you may utilize the already prepared succession plan to your advantage. Presenting below are do’s and don’ts to help you formulate a sturdy succession plan.

To cultivate leadership skills, the top executives should play an active role in assessing the process rather than entrusting the job to human resources. Top executives must understand that succession planning is an initiative in changing the culture. Such a high profile process must only be mentored by the top executives as the program will not be effective if someone else does it.

Top executives must garner the habit of getting a gap analysis done of the skills possessed by those directly reporting to them. This needs to be done so as to fill the void of skill set in order to take over the present job of the top executive in case of the change of guard. After identifying the gaps, training must be imparted in order to tighten those gaps.

In February 2004, the CIO of Bristol West Holdings, Jack Ondeck did a gap analysis of the skills of his employees reporting directly to him. This proved beneficial to select a right candidate to succeed him as the CIO. (https://www.cio.com/article/2445692/leadership-management/succession-planning-dos-and-don-ts.html)

It is usually noted that when an external candidate is hired, it costs an organization a lot more than simply promoting a deserving candidate. Promoting someone internally will give a great boost to the morale of the employees. This is so because the camaraderie of working as colleagues is already prevalent among them. Promoting internal hiring drastically reduces onboarding and training costs.

Making optimum use of all productive resources should be the prime focus that will ensure the current and future benefits, as well as the well-being of the organization and its people. The emphasis should be tilted towards balancing the aspirations of individuals by customizing skill sets and meeting requirements and needs of the employees in order for them to succeed. One must also realize that all employees do not want to grab a career opportunity. In such cases, care must be taken to proactively discuss with the employees of who may be interested in enrolling themselves for succession programs.

One clarity every organization must provide to their staff is with regards to the steps that need to be taken in order to achieve success in their organization? The answer must be a simple competency model that clarifies as to what is expected of the staff and the criteria have to be easily understood.

Specialists or technologists may not possess the natural talent of being managers. But with training and grooming, they may very well in the future serve as an impetus to take the company forward.

Exposure to Finance Side of Activities

For any business or organization to be successful, the men in charge need to have a solid understanding of the direction in which their company finances are headed. As part of succession planning, it is vital to expose the next-in-line person to the various financial nuances of business. This can be done by involving him/her in financial planning, budgeting, and similar core finance activities as part of on-the-job learning assignment.

So, while the seniors are still around, such employees can seek help and improve their overall understanding of the business.

Avoid being specific about growth opportunities

Usually one may observe that when a survey is been conducted, one out of the five employees give a one-star rating resulting in it being poor. Most of the employees are disgruntled as they felt disconnected with the business and the fewer opportunities available.

Programs must be developed in such a manner that the senior manager, managers inclusive of the vice presidents must understand where they need to concentrate in order to move up the ladder. But they should not be focused on one specific position. This might lead to more disparity if that role does not have an opening. Hence avoid being specific about a role rather take the holistic approach.

Taking unilateral decisions at the top level with regards to who is the potential candidate can snowball into a political fight of egos. This will result in a high loss of talented individuals. Succession decisions should be handled in the most amicable way possible taking all the other colleagues into confidence by evaluating the potential candidate’s talents based on the criteria set by the board.

Roadblocks could prove detrimental to prominent candidates in climbing the ladder of success. Avoid such blockages by offering new positions in the organization to avoid stagnation. Rotate assignments in a timely manner so that the flow of production is not hampered.

There should not be any single valuation specification that can determine the potential candidate’s aptitude for leadership. Instead, give a free hand to potential employees to test-drive different leadership sectors of their choice and assess them on their performance based on the task that is being assigned.

Trying to achieve too much in a short span

Strictly avoid over planning the succession program as it will lose steam rather than generating valuable results. Some organizations fanatically try and create succession plans for every position thinking that will bear great results in the future. 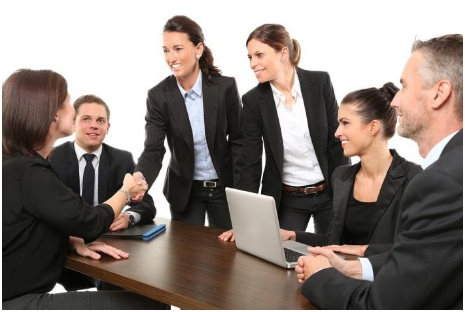 Once you have spotted a specific group of promising candidates, care must be taken in ensuring that they all are prepared for the eventual rise. It is often seen that not all are willing or share the same goal or passion for succession.

Here communication plays a very crucial role as it will help in garnering clarity as to whether the potential candidate is indeed ready to step up to the challenge given at hand. It is usually seen that promoting a skilled labor suddenly with no procrastination for the candidate to handle such a profile results in a rapid decline of productivity of the team as well as the individual. Hence discussing all the avenues of challenges will help in going a long way to succeed the top line job.

Finally, summing it all up the fundamentals of succession planning is making leadership program a priority, identifying high potentials and critical positions, executing development plans, creating an assessment center, and establishing a mentorship program. Businesses that may pay no heed to these valuable tips may end up faltering miserably down the line as the plans of transitioning were never though beforehand. That being said, what is your succession plan of action?